The Region of Western Macedonia claimed its current form when the “Kallikratis Programme”, regarding New Architecture of Self-governing Entities and Deconcentrated Administration, officially entered into force (Law 3852/2010, Government Gazette 87/06.07.2010). Since then it consists of the Regional Units of Grevena, Kastoria, Kozani and Florina. The Region’s geographical boundaries are displayed on the following image. According to the 2011 census, the Regional Units’ population is the following:

Provisional data from the census released by ELLSTAT in 2011 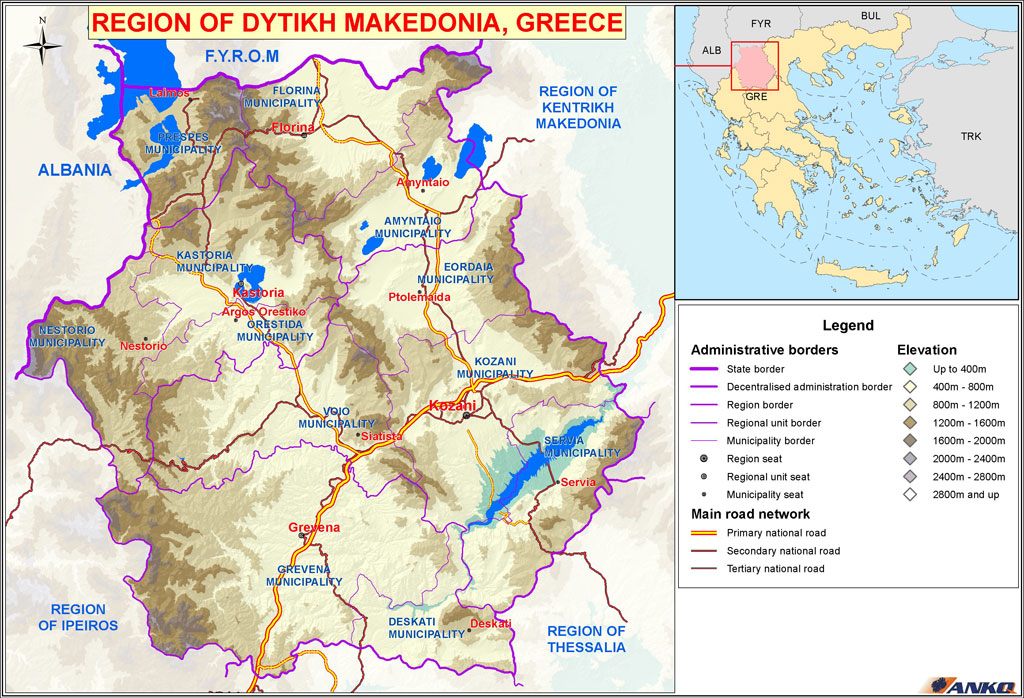