Katerina Tsiobanou was elected for the post of Regional Ombudsman in the Region of Western Macedonia for the current term of the Regional Authority. 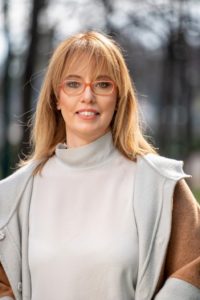 The idea of the defender of the citizen’s rights was born in Europe 200 years ago aiming at the reinforcement of the Rule of Law Mission.

In Greece it was established in 1997 with the foundation of the Independent Authority, the Greek Ombudsman.

In 2010, with the Law 3852 (Kallikratis Programme), the Regional Ombudsman for the reinforcement of the trust to the public sector was elected and came into effect.

Its service lasts 5 years and the selection is carried out by the Regional Council.

On 29-10-2014, the Regional Council, with an overwhelming majority, elected the first Regional Ombudsman of the Region of Western Macedonia, Mrs Anastasia Siomou, a philologist who served until September 2019.

The Regional Ombudsman is among the Independent Authorities that function according the laws and the conscience.

It does not control